In September 2016 I decided to travel alone for the first time ever, in a safe familiar country that I have visited before. I re visited Brussels like a local and discover new cities like Ghent and Antwerp.

Brussels sprouts have been grown in Belgium for over 700 years.

Brussels is a major trader of beer, waffles and chocolate. There are more than 800 brands of beer on sale in Brussels. Also French Fries were invented in Brussels.

I had visited Belgium before. Back then I visited Brussels and Brugge. I didn’t enjoy Brussels a lot during my first visit because it was raining a lot and we didn’t stay in the city for a long time. This time my experience in Brussels was quite different.

Before the trip I had met an Italian guy here in Porto, Fabio, though Couchsurfing. He lives in Brussels. Since we got along, he invited me to visit him in Brussels and that’s how the idea for trip came up. It was my first trip alone. But the truth is that I didn’t spend a lot of time alone in Brussels because I was almost always with him.

I went to revisit some of the main monuments (Grand Place, Jardin du Petit Sablon and Mont des Arts) and got to know Parc du Cinquentenaire, that I haven’t visited before.

Most buildings of the U-shaped complex which dominate the park were commissioned by the Belgian government for the 1880 National Exhibition commemorating the fiftieth anniversary of Belgian independence. The centerpiece triumphal arch was erected in 1905. The Royal Military Museum has been the sole tenant of the northern half of the complex since 1880. The southern half is occupied by the Cinquantenaire Museum and the Auto World Museum. The Temple of Human Passions, a remainder from 1886, and the Great Mosque of Brussels from 1978 are located in the north-western corner.

We also went to Musée Magritte, to see the work of the surrealist artist René Magritte. The Magritte Museum opened to the public on 30 May 2009. It displays some 200 original Magritte paintings, drawings and sculptures including The Return, Scheherazade and The Empire of Lights. 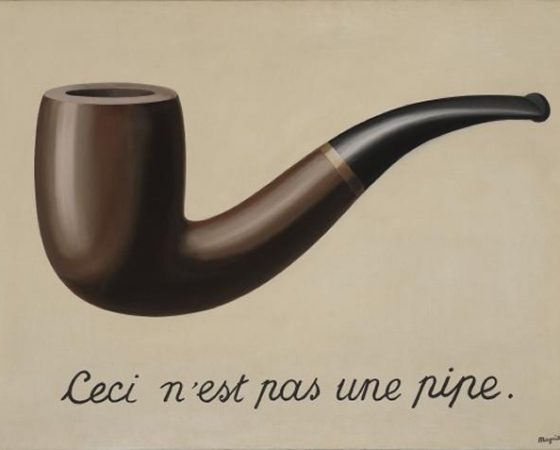 We went to a coffee place in the rooftop of a building – Musée des Instruments de Musique de Bruxelles, close to Mont des Arts, that has an amazing view to the city. The museum itself is internationally renowned for its collection of over 8,000 instruments.

We were also in a big park close to St. Gilles, where Fabio lives. The weather was good and the park was full of people enjoying the sun. There we took a boat to an island in the middle of the park, where there’s a coffee place that is really nice.

In one of the nights we went to have dinner in a restaurant with almondegas with different sauces. We also took breakfast in a place where we ate Moroccan crepes. Once Fabio organized a dinner at his place so I could meet his friends, all from different nationalities. It was very nice.

We also went out together. We went to a square with a lot of bars and pubs to drink belgium beer in a bar called Maison du Peuple. We even took pictures together in a vintage machine there. I had a lot of fun!

Ghent promotes a meat-free day every Thursday called Donderdag Veggiedag. Vegetarian food is promoted in dining rooms and public schools. Ghent is said to have the world’s largest number of vegetarian restaurants per capita.

Ghent is known for purple cone-shaped, jelly-filled candies called cuberdons or neuzekes (‘noses’). You can buy Ghent noses at street stalls that specialize in these overly-sweet candies.

Even though in Brussels I was always with my friend, in Ghent and Antwerp that didn’t happen. I took the train in the morning to St. Pieters station. The ticket is 9€ and it takes about half an hour. The station is a bit far from the center: you can walk, but I don’t recommend it because it’s not beautiful. I recommend taking the tram number 1 and get off in Korenmarkt. The ticket is 1,20€.

Ghent is a beautiful medieval town, very similar to Brugge, but smaller. In the map below you can see the route I did, that allowed me to see the main places and monuments in the city. It’s 1,3 km and just 16 minutes walking. That’s why I chose to visit Ghent and Antwerp in the same day, because you can see both really fast.

I really enjoyed sitting there next to the Graslei and Korenlei ports. Graslei is a quay located on the right bank of the Leie river. The quay opposite of the Graslei is called Korenlei. Both quays were part of the medieval port and are now a cultural and touristic hotspot of the city, with a high concentration of cafe patios. Today these ports are surrounded by historical buildings and they are the heart of the city.

I went to a small wooden bridge called Grasbrug, as well as St. Michels bridge, and from Koranlei I enjoyed the view to Graslei.

I visited St. Bavo Cathedral, from 1559. The masterpiece inside this church is the painting “Adoration of the Mystic Lamb” from Jan van Eyck, 1432. I didn’t go inside to see it unfortunately.

I also went to see the Belfry and St. Nicholas church. Belfry is the symbol of independence. It was built in 1313 and it’s 91m tall. The panoramic view from the top is higher than the one from Gravensteen, but less central. St. Nicholas church is next to Belfry. Despite being older than St. Bavo’s, it’s more preserved. The sculptures are really nice.

Gravensteen is a medieval castle in the middle of the city. The present castle was built in 1180 by count Philip of Alsace. The castle served as the seat of the Counts of Flanders until they abandoned it in the 14th century. The castle was then used as a courthouse, a prison and eventually decayed. Houses were built against the walls and even on the courtyard. They wanted to demolish it but in 1885 the city bought it and started the renovation project. The newly built houses were removed and the walls and keep were restored to their original condition.

The castle has been repaired enough to allow people to travel through it and climb on top. It has a nice view from the top. Inside is a museum with various torture devices (and a guillotine) that were historically used in Ghent. Getting out of the castle, we see a nice square with historic buildings. The Sint Veerleplein is today one of the most touristic squares, with several bars.

It was a shame that there was a lot of restoration works going on and a lot of the monuments were covered. I stopped in a coffee place for a bit and I spoke on the phone with my best friend for a long time, it felt nice. Finally, I went to McDonalds to eat and then went back to the train station, to continue my trip in Antwerp.

Between 80 and 90 percent of the world’s rough diamonds, and 50 percent of its cut diamonds are traded in Antwerp each year, earning the city the “The World’s Capital of Diamonds” moniker.

Even though Antwerp is not so beautiful, I preferred the vibe of this city. Or maybe it’s just because I got more comfortable traveling alone. So comfortable I even had people asking me for information on the streets, thinking I was a local. Like Ghent, you can visit this city really fast.

I arrived at the train station, Antwerpen-Centraal, considered in 2014 the most beautiful one in the world. The ticket from Brussels is 7€ and it takes about 50 minutes.

To get to the city center, I walked along Meir, one of the main commercial streets in the country. The street is huge and you can find all the famous brands and a lot of coffee places and restaurants.

I visited the Cathedral of Our Lady, with its giant towers. It took them 170 years to build it and it was finished in 1521. The project for the second tower, however, mas never finished and they don’t have the same size today. It contains a number of significant works by the painter Rubens.

I continued in the direction of the Grote Markt, the colorful main square, with a lot of flags from different countries. You can see the Town Hall there, built in 1565 and the Brabo statue. He was a mythical Roman soldier who is said to have killed a giant who asked money from people who wanted to pass the bridge over the river Scheldt. When they didn’t want to or couldn’t pay, he cut off their hand and threw it in the river.

I went for a walk close to the sea and the castle. The Castle of Het Steen is a medieval fortress built in 1200. It used to be a prison and now is a memorial of the II World War. In front of the castle is Lange Wapper, a statue of a guy who people say used to chase the drunk men in the city. It was a busy but cool day. This trip was very important to me, because it made me think about everything in my life.