I went with Ricardo to the most romantic city in the world, Venice. It was a trip that was very important for me and I felt like my wanderlust desire was awaken again.

Curiosities about the city:

Venice is situated across a group of 118 small islands that are separated by canals and linked by 400 bridges.

The wooden piles on which the city was famously built have done their job with sturdy water-resistant efficiency for centuries. However, Venice is notoriously sinking by up to 2mm every year.

The Carnival is very famous. The Medico della Peste mask – the unnerving face-disguise which bears avian features and a long beak – is (as its name says) a reference to the plagues which swept Europe in the Middle Ages. 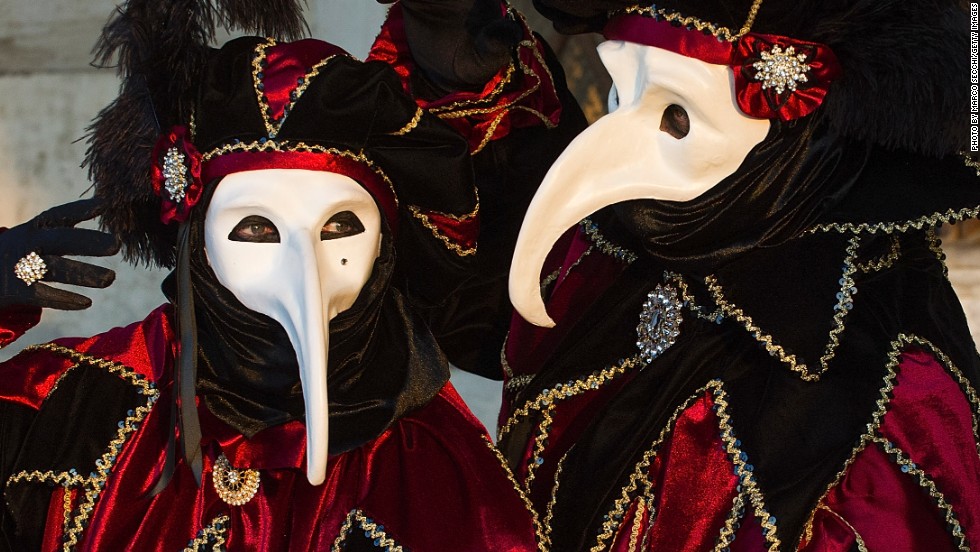 We took advantage of the fact that there was a new low cost airline (Volotea) flying from Porto and we bought a direct flight to Venice, super cheap. I will never forget what I felt when I arrived in Venice. What a sense of wonder! We arrived at sunset and seeing all that with that light was breathtaking: the Grand Canal, the colorful houses, the beautiful bridges, the churches…

The Grand Canal forms one of the major water-traffic corridors in the city, with more than 170 buildings on both sides. Amongst the many are the Palazzi Barbaro, Ca’ Rezzonico, Ca’ d’Oro, Palazzo Dario, Ca’ Foscari, Palazzo Barbarigo, Peggy Guggenheim Collection and the church of Santa Maria della Salute.

Most of the palaces emerge from water without pavement. Consequently, one can only tour past the fronts of the buildings on the grand canal by boat. 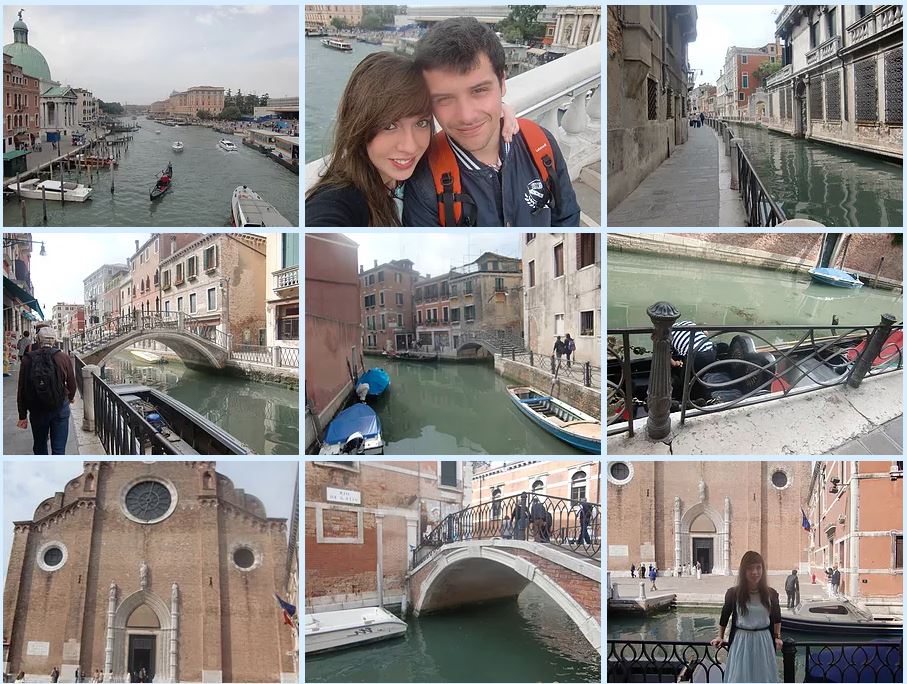 We stayed in a cozy hotel in the center – I cannot remember the name. The man front he reception could not even speak English, but we understood each other. I had never seen so many tourists together as in Venice, in St. Mark’s Square. What a madness!

The centerpiece of the piazza is, of course, magnificent St. Mark’s Basilica. Commissioned in 1071 by doge Domenico Contarini, this amazing church is built in Venetian-Byzantine style, a mixture of western and eastern styles.

The basilica has a separate campanile – bell tower – that stands 98.6 meters tall and is one of the city’s most recognizable landmarks. There’s also two columns that pay homage to two of Venice’s patrons – St. Mark and St. Teodoro of Amasea. The columns have long served as the official gateway to the city. 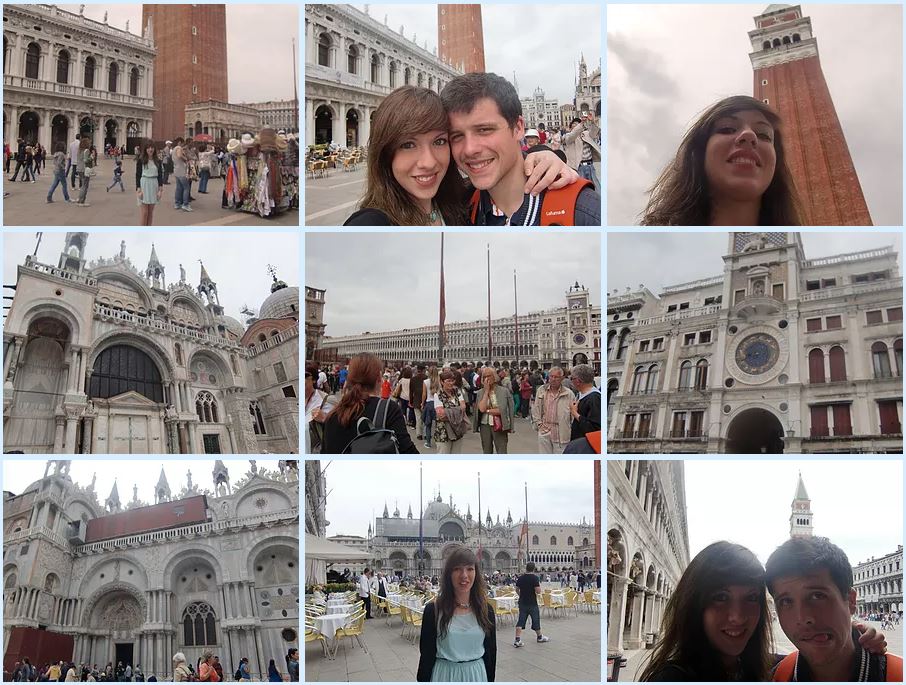 Close to the square, we visited  Palazzo Ducale. The palace was the residence of the Doge of Venice, the supreme authority of the former Republic of Venice, opening as a museum in 1923. Today, it is one of the 11 museums run by the Fondazione Musei Civici di Venezia.

We went to the Bridge of Sighs. The enclosed bridge has windows with stone bars and connects the New Prison to the interrogation rooms in the Doge’s Palace. It was designed by Antonio Contino and was built in 1600. The name of the bridge comes from the suggestion that prisoners would sigh at their final view of beautiful Venice through the window before being taken down to their cells.

We also went to see the little shops inside Rialto Bridge. The bridge was designed by Antonio da Ponte in 1591. It has two inclined ramps that lead up to a central portico. 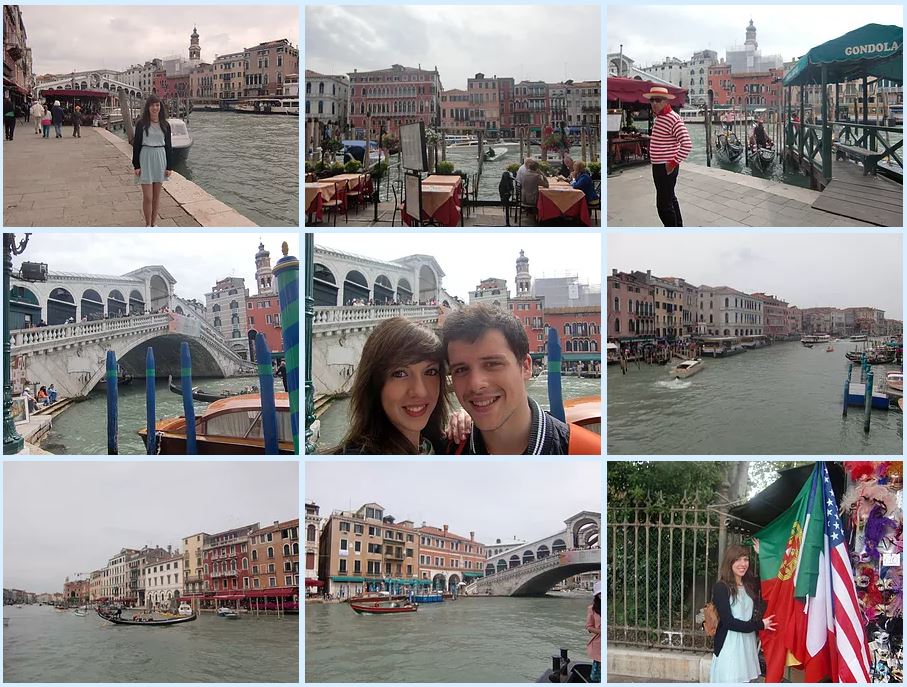 Then we decided to go on one of the water buses, the vaporetto, to one of the other islands of Venice, with beaches and everything, more residential. These water buses are quite scary because when they hit the shore for people to leave, there is always a gap in which we can put our feet there or even fall into the water. We do not ride in a gondola, because it was an economic trip, but now I regret it.

Last night we went out to have dinner in a typical Italian restaurant in front of a canal. It was beautiful! We had diner by candlelight, drank wine and then decided to try an Italian drink called Spritz. The drink was sweet but it had plenty of alcohol and the truth is that I drank too much!

That last night Ricardo and I did not book a hotel. Our plan was to walk around the city, because the return flight was super early. We went to Casino di Venezia, very fancy, they even gave a blazer to Ricardo, because the dress code was mandatory. We left there and walked through the canals of Venice, now deserted and without tourists. It was interesting to see that more authentic side of Venice.